… As the group neared Sacagawea’s former home and village, she began to recognize trails and provided helpful guidance. When the group arrived at the village, Sacagawea learned that all of her family except two brothers and the son of a sister had been killed. One of her brothers was now the chief, and a very joyful reunion ensued. Sacagawea negotiated a deal with the Shoshone that provided them with the horses needed to cross the Rockies and also a guide to help them through. The trip was far worse than anyone could have imagined. Food became nonexistent and the Corps was reduced to eating tallow candles to survive.  As they descended the western slope and reached an area below the timberline, Sacagawea showed the men how to find and cook camas roots to help them regain their strength.

Several of the men mentioned Sacagawea’s good spirits in their journals. There was only one time on record when she was unhappy.  When they were very near the Pacific, Clark had intended to leave Sacagawea at the camp while the men ventured on. When Sacagawea heard this, she expressed her dismay directly to Captain Clark.  She had not come all this distance to be denied the opportunity to see the great waters so Clark took her and Pomp with them. My version of Sacagawea and her little Pomp are when they have just hiked over that last crest to look over the vast great waters, the culmination of her intense courage and perseverance. 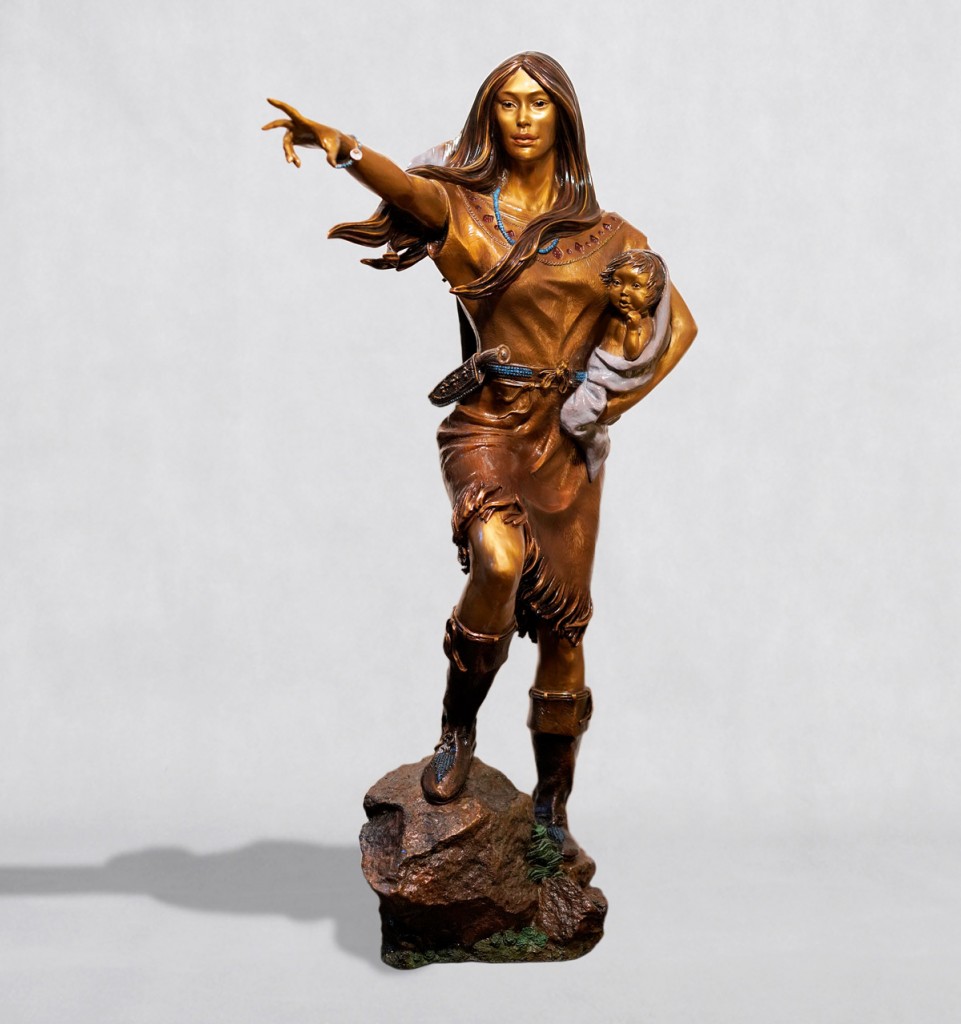 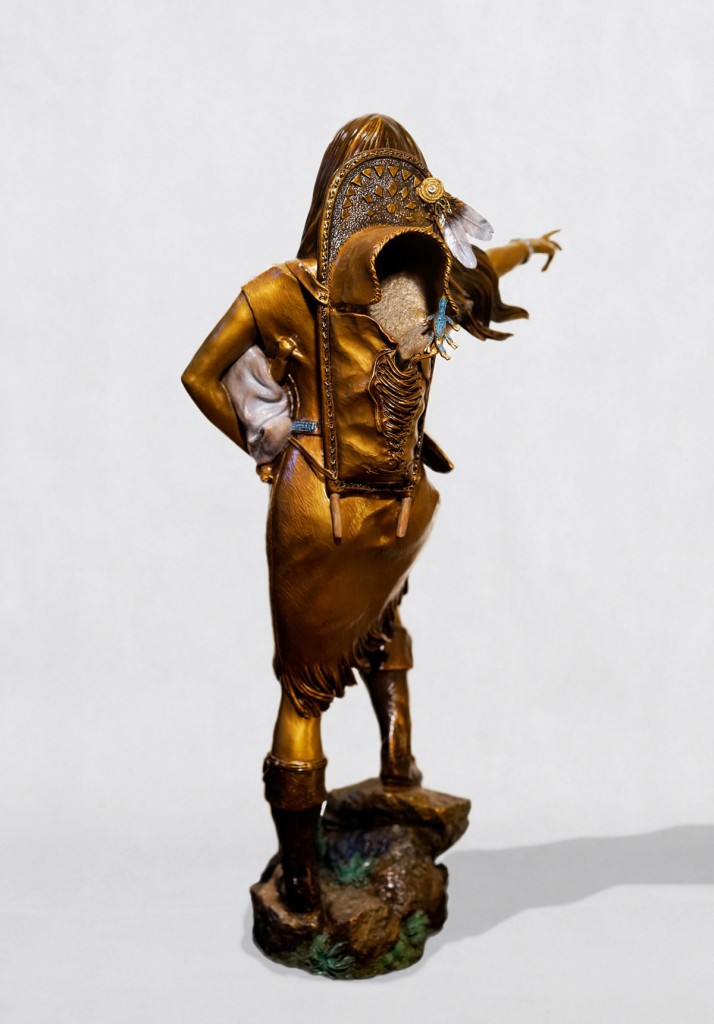